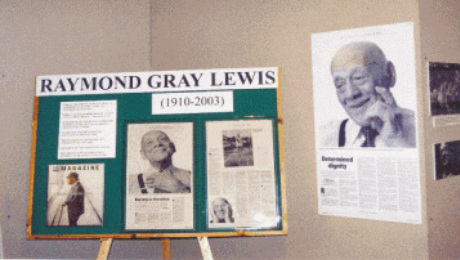 Oxford County was home to a number of Black communities that have since disappeared and are almost forgotten. The Underground Railroad and escaping slaves smuggled into slavery and free Black settlers are commemorative in various parts of Oxford County. Tour Historic Otterville of the site of the 1856 African Methodist Episcopal Church and restored cemetery. Also, visit the display at the Grand Truck Station Museum in Otterville that depicts the development of this Black Settlement that was large enough to maintain a school in 1842 and exciting connections to Harriet Tubman and the Underground Railroad movement. At the Milldale Cemetery, visit the grave sites of Isaac and Martha Williams. The Williams family were highly regarded by their community and were gifted musicians known thought-out Western Ontario as the Williams Quartet.

Doors Open Oxford - September 22, 2012 from 9:00 a.m. to 5:00 p.m. admission is free to the Norwich Quaker Museum at 89 Stover St. in Norwich. Learn about the Quaker heritage like Norwich Quaker and land agent, Frederick Stover who helped Blacks settle in this area as early as 1829. Quakers are members of the Religious Society of Friends, a Christian sect founded by George Fox around 1650, who believed in the doctrine of the Inner Light. Quakers promoted many causes for social reform like the abolishment of slavery. Visit the Quaker Cemetery where Frederick Stover is buried.

In Woodstock, you can stroll along a pathway leading to the Woodstock Museum on the George Washington Jones Walk. Born into slavery in the American South around 1856, George Jones, “Washington” was a name given to him, arrived in Woodstock in 1925 and employed himself as Woodstock’s first Town Crier until 1951. In August 2004, George Washington Jones became immortalized after a walkway was named in his honour and in a song in 1994. He died on December 10, 1951, a first class funeral was provided and he is buried in the Baptist Cemetery in Woodstock where a granite memorial was erected.
Uploaded to YouTube on Feb 23, 2012

The video,  The Last Stop is about escaped slaves settling in Oxford County, Ontario, and their cemetery which still remains near the community of Otterville. This 5.55 minute segment is from the DVD by the Ontario Visual Heritage Project entitled Oxford which depicts stories from the history of Oxford County.

Quote: “Were it not for the monster of slavery, we would have a common destiny here—in the land of our birth. ~ Mary Ann Shadd ~ (Speech April 6, 1858)