Oxford County. Nestled between  highways 403 and 401.  Who would think that this agricultural region in Southwestern Ontario once had one of the largest Black populations in Ontario besides Chatham? Black people have been a part of history in Oxford County for quite sometime.

Almost Forgotten:
​Blacks first arrived in Canada as slaves by the British, in the early 1600’s.  By the 1800’s, many Black people made their way to Oxford County.  But not all Blacks came here as slaves.  Many were free Blacks, trying to make a living in their communities from Ingersoll to Tillsonburg. There is a rich history of Black people and their contributions within Oxford County. However, these long gone hamlets have since disappeared and are almost forgotten.
(Hit the "Button Text" above to read my article "Almost Forgotten: Black History in Oxford County" that appeared in the The Sentinel-Review on Wednesday, February 28, 2001 page 5.) 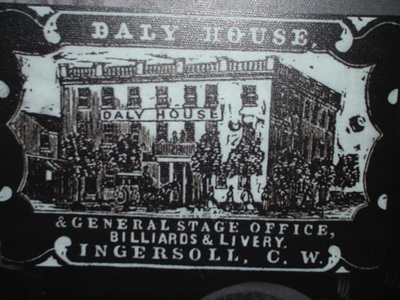 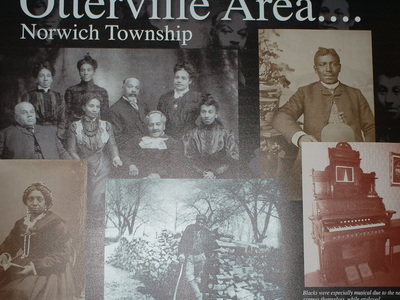 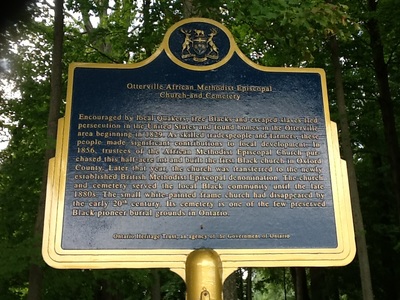 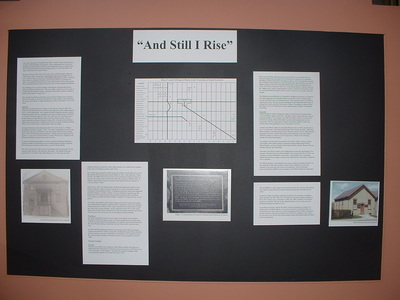 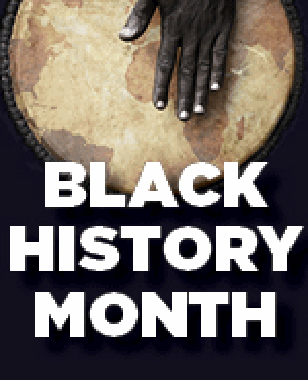 ​"Museums and heritage sites involved in the interpretation of the region’s Black historical experience have launched a new on-line Black history tour. Coordinators from four areas have selected over 40 images that represent some of the key persons, events and structures in their communities, all delivered right to people’s mobile devices.

Four on-line tours are planned covering areas in Essex-Windsor, Chatham-Kent, the London Region and Oxford County. Each tour begins with the Underground Railway and the arrival of thousands of formerly enslaved persons fleeing the United States before the Civil War, followed by more recent historical events and people such as Emancipation Day celebrations and the Chatham All-Stars Baseball Team....(Continued) 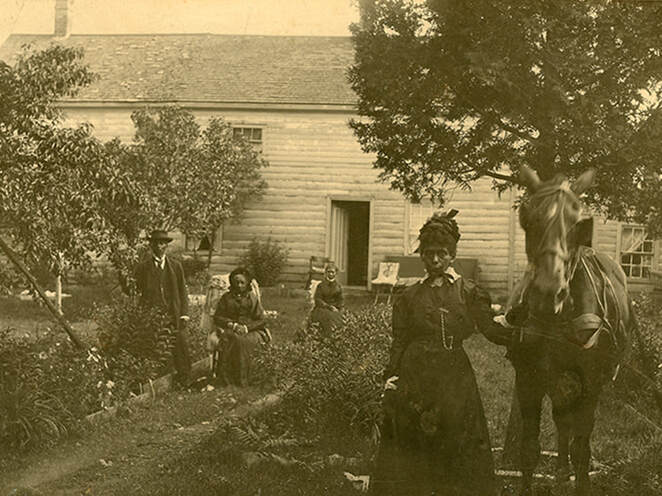 ​(Image courtesy of/& used with permission by Norwich & District Historical Society)
"The goal was to provide a guide for educators and the general public searching for resources to assist with learning about the Black historical experience.... An app developer - onthisspot.ca - was found with a record of creating historical tours for communities large and small.

...Accessing the tours can be done from anywhere, however, the organizers hope that users will actually visit the region in person. The tours are ideal as cycling adventures and of course visitors are welcome at any of the museums and historic sites, once it is safe to do so.... " (From the Press Release February 1, 2022)
Check out the three websites:
​Aired on Rogers tv London Cable 13 on April 17th & 18, 2020 by Notar Productions
From the Family Day Celebration at London Central Library on Saturday February 15, 2020
(Image courtesy of/& used with permission)

​"Check out the recent series of videos that the Trust released called Discovering Dawn, which represents our work with community partners to reinterpret the history of the Dawn Settlement and the community. The video below profiles the Josiah Henson and McInnes Family friendship. You can find the entire series here." (From Heritage Matters website)

Quote: “Black history is not just for black people. Black history is Canadian history.”  ~ Jean Augustine ~ (First Black Canadian woman to serve as a federal Minister of the Crown and Member of Parliament)